Huron is redefining what a global consulting organization can be by enabling the transformative change our clients need to own their future.

Our ability to attract talented individuals with diverse backgrounds and life experiences allows us to create more innovative ideas and approaches. That is how we help clients accelerate growth and enable the transformative change they need to own their future.

Do you have an unwavering commitment to making a difference with clients, colleagues and the communities we serve? Are you ready to jump in, roll up your sleeves and transform ideas into action? Find the opportunity that is right for you and find your home with Huron. 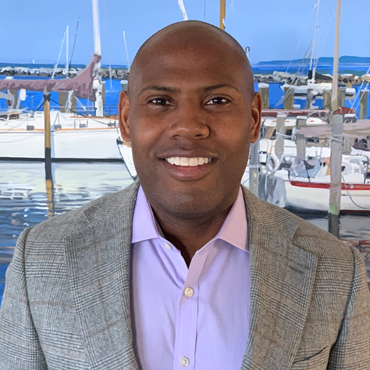 In 2013, Mychal stood at an inflection point in his career. Having spent a decade in traditional finance roles, he sought a less transactional role at a firm where he could make more of an impact.

Huron is a place that really does live its values. The ability to collaborate, to inspire excellence and to bring together a group of people who are intellectually curious — those three elements create an environment where people are energized to do innovative work and be transformative.”

In 2013, Mychal stood at an inflection point in his career. Having spent a decade in traditional finance roles, he sought a less transactional role at a firm where he could make more of an impact.

Mychal joined Huron’s capital advisory team, helping organizations facing financing and liquidity challenges improve their financial health and restructure to create a platform for future growth. “Huron allowed me to take skills I acquired over the first decade of my career and use them to effect real change. When I joined the company, I knew that down the road I’d be able to say I helped make something better.”

Mychal left Huron in 2016, but returned in 2020. He saw how Huron had evolved and become known in the market for its transformative work, helping businesses drive strategic growth and enabling its employees to make a difference in the communities Huron serves. Mychal has found a home at Huron and is proud to be part of an organization that nurtures his success both personally and professionally.

On a daily basis Mychal works with businesses across multiple industries to navigate complex financial situations. He works with executive teams, lenders, and other key constituents to stabilize their businesses and promote longevity.

Outside of his client work, Mychal has taken on an integral role in advancing Huron’s firmwide diversity and inclusion initiatives. “It’s important to think strategically about the composition of our firm so that we can show our clients and our people that we take inclusion seriously.” He works with Huron’s leaders to organize town hall discussions and internal workshops on critical issues such as unconscious bias and allyship. “To be a part of that and to work so closely with our leaders on something that’s important to me on a personal level has meant so much.”